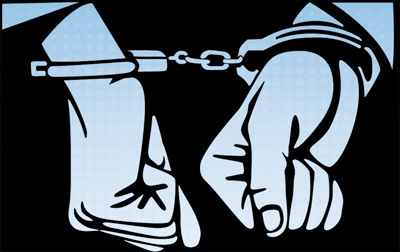 When does an Arrest of an Individual happen in UAE

An expat living in UAE or a tourist must know the national law of the UAE to avoid being arrested or hand cuffed even if the committed crime was not intentional.

The following consists of a list of criminal offences which an individual must be aware of:

a- Using offensive/vulgar language or making rude gestures can render an individual liable of a criminal offence.

b- Adultery which implies having an affair outside marriage with your married partner is an offence.

c- Display of affection such as cuddling or kissing.

d- Tourist couples who are unmarried are strictly not entitled to book a single hotel room.

j- Any kind of racist, insulting or sending derogatory text messages can get arrested and jailed