United Arab Emirates is a desirable country of dreams, for residence for many citizens of other countries, a country that is distinguished by hospitality to all nations in the world, a country that has managed to create an atmosphere of goodwill and mutual respect among different nationalities, a country that has managed to attract investors and workers from many countries around the world. Due to this, about 90% of the population of the UAE are expats, many of whom have been successfully living, working and having business in the Emirates for many years, while others have invested in the local real estate market in order to obtain a stable income from renting out real estate.

Sooner or later, expats are like to face the issue of inheriting property. It is good if the owners of various types of property have taken care of these issues in advance, and it is better to take care of this issue in advance, why, we will discuss in this article.

Despite the incredible progress of the Emirates in the implementation of Western institutions of law, the prevailing rules of law are Sharia laws, which underlie all the legislation of the UAE, which many expats forget or simply do not think about, feeling so comfortable in the UAE like in their home countries or even better.

Therefore, it is very important to understand the cultural and social differences that effects the legislation of the UAE.

The principal source of law of inheritance in UAE is Sharia and on this basis, Federal Laws bases. Main laws governing succession are Federal Law Number 5 of 1985 concerning the Civil Transactions Code and Federal Law Number 28 of 2005 regarding the Personal Status Law.

Article 1(2) of the Personal Law states that the law will be applicable on all the citizens of UAE unless a non-Muslim foreign national have special provisions according to their community, which empowers the foreigner to have a choice of the law and avoid application of Sharia. Simultaneously, Article 17 of the Civil Law states that the inheritance will be governed by the law of the testator at the time of his death.

According to Article 17(1) of the Civil Law, the inheritance will be regulated by the law of the deceased during the time of his death, whereas, Article 17(5) of the Civil Law states that the UAE law will be applicable on non-Muslim expatriate wills regarding the property located in the country. In addition to this, Article 1(2) of the Personal Law states that the law will be applicable to non-Muslim unless he elects otherwise. Thus, if a non-Muslim foreign national die in the state are leaving the real property or other assets in the country, his home country law can be applicable, and his heirs can request the court accordingly. However, there is a restriction on dealing with the assets for property located in UAE.

These amendments illustrate a shift from UAE based Sharia law towards a more secular system. Changes include the decriminalization of suicide, cohabitation of unmarried couples and reforms to the inheritance and divorce laws.

The innovations approved by the UAE President His Highness Sheikh Khalifa Bin Zayed Al Nahyan, were enthusiastically received by expats, as they create even more comfortable and familiar conditions for them to live, study and work in UAE. It was a positive and bold step by the Government of UAE.

Expatriates can now use the laws of their own country or nationality to deal with their personal estate and their assets would no longer be automatically divided under Islamic law. Previously, unless official legal measures were taken, the Sharia Law of Inheritance was applied to the estates of expats who passed away. This meant that assets were distributed according to Sharia law and even the custodianship of children was subject to the same laws.

Now, if a person dies in the UAE without a will in place, their estate will be divided as per the applicable law according to their citizenship – regardless of their religion.

The only exception here applies to the properties which are owned by the person within the UAE. These properties will be managed and divided according to UAE laws.

It is important to have a solid estate plan in place to ensure that your loved ones receive your assets. A will in the UAE is the simplest way for an expat to ensure their assets will be transferred as per their wishes.

Before the new changes to the inheritance law, if a person dies without a will, this can cause issues. Sharia law will be applied to any assets that are held in the UAE and this causes most complications in the event of a person’s death. Anyway, the assets will be frozen and will only be released upon the advice of the local courts. Any UAE bank accounts in the person`s name will also be frozen, even those in joint names, and vehicles in his name will be impounded. This happens very quickly and you should be prepared to it in advance. All women should have access to a bank account in their sole name, either here or in their home country, so as not to be left without a livelihood.

At this moment, the law enforcement practice of new changes in laws is in the stage of formation and it would be reasonable to consider how a non-Muslim can draw up a will before the adoption of new laws.

Eligible individuals have the option to register different types of wills at the DIFC Courts Wills Registry for non-Muslims depending on the assets they wish to cover and whether or not the will is to encompass guardianship arrangements. There are currently five types of ‘DIFC Courts Will’ that can be registered, referred to as the ‘Guardianship Will’, ‘Property Will’, ‘Business Owners Will’, the ‘Financial Assets Will’ and the ‘Full Will’.

To register a DIFC Courts Will you must satisfy listed criteria:

Many expats may wonder, do I need a lawyer to prepare a will, and that is the right question. Given the diversity of assets that may be owned by a person who wishes to draw up a will, real estate, an operating business, financial liabilities, intangible assets, bank accounts, etc., we recommend to have a consultation with a lawyer before drawing up the will in order to avoid mistakes that will become irreparable in the future. 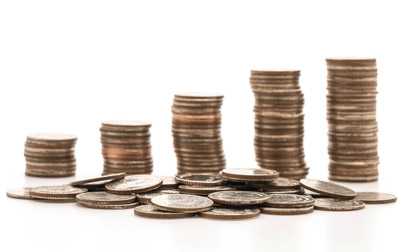 The question of inheritance is raised frequently, particularly regarding what happens if a family member dies and has not made a will. In that situation, the law of the country in which you are residing will have a major impact on any inheritance and the distribution of the deceased assets. Making a will can ensure that assets are distributed according to the wishes of the deceased but it is relevant to note that some types of assets may still fall under the laws of the land in which you are residing (for example, immoveable assets).

In the UAE, if a non-Muslim dies leaving assets which have to be distributed among their heirs, as per Article 17/1, a request has to be made to the court to follow their home country laws, failing which, the assets will be distributed according to Sharia law. Moreover, Article 17/5 has put some limitations on the freedom of disposition of assets which include properties here in UAE.

Below is an example which will explain the beneficiaries under Sharia law,

Case 7:
If there are no parents and only a wife and children assuming there is a son then the wealth will be distributed among them. In case there is no father and son then uncles will also take the share and the equation will be,
1/6 share will be given to the mother, wife will be given 1/4 share and the remainder will be distributed among the siblings (paternal brothers only)
If there is a daughter and not a son then it will be as,
1/6 share will be left to the mother, 1/8 share to the wife, half to be equally distributed among the daughters and any remainder will be passed to the siblings (only brothers).