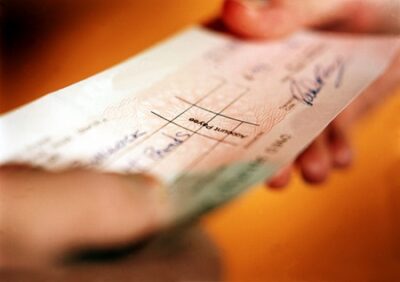 A bounced cheque which is also known as a dishonored or returned cheque is a non-sufficient funds cheque that cannot be processed because of the following reasons:

The UAE has its set of repercussions for cases of bounced cheques and criminal charges are strictly imposed on people who present a cheque with insufficient funds or with full knowledge that it will not be cleared.

According to Article 632 of the Commercial Transaction Law, in the event of a default in the processing of a cheque due to any of the reasons stated above, a period of 3 days may be given to the cheque bearer to contact the drawer for the possibility of funding the cheque. Should the drawer be unavailable for communication within the given period, the drawee or cheque bearer has the right to take legal action. In such a case, the drawee can file a criminal complaint about the bounced cheque along with a civil case for the recovery of the cheque amount. The civil case will provide the drawee with an assurance that the amount denied will be recovered.

The process of filing a legal case against a drawer can go through several stages and the ramifications of a dishonored cheque may vary depending on the response of the drawer and the evidences provided.

A complaint on a bounced cheque may be initially reported to the nearest police station located in the concerned Emirate. This requires presentation of relevant documents and evidences. The police authority will automatically issue a warrant of arrest against the drawer. The drawer can respond by settling the case or submitting his passport so that further time may be given for him to provide the amount required. The warrant can be withdrawn after the drawer clears the matter or serves the jail time prescribed.

The case will be forwarded to the Public Prosecutor for further investigations if the parties fail to resolve it at the police station. A report shall be prepared based on the proof provided. To give security to the drawee, the prosecutors can either hold the passport of the drawer or the guarantor or require a payment corresponding to the estimated amount of the cheque. The drawer will be kept in custody until the issuance of the final decision if the bail is denied.

At the criminal court, the drawer may be convicted based on the evidence provided by the drawee. According to Article 401 of the UAE Penal Code, the punishment can either be a fine ranging from AED 1,000 up to AED 30,000 or imprisonment from one to three years.

There have been recent advancements where the government has stipulated laws to address small claims or petty offences. Such laws, enacted through the “One-day court”, allow small cases of bounced cheques to be given a decision within 24 hours and resolved with a detention sentence. This is now in force in Abu Dhabi, Dubai and Ras Al Khaimah and the effectivity in reducing the number of cases processed at the Criminal Courts has been observed. As a result, serious cases have better chances of getting resolved faster as the Criminal Courts now have enough time to deal with them.

In addition, Dubai has come up with a law on “Criminal Orders”, which allows the Public Prosecution to resolve “simple violations” with monetary penalty. The matter will only be transferred to Criminal Courts if there is an objection to the sentence issued and the objection is documented within 7 days of the issuance of the verdict.

An issued cheque worth AED 200,000 and below is classified as a simple offence and will be given a penalty of about AED 5,000 – AED 10,000. This is not punishable by imprisonment in Dubai. Thus, lawyers often advise their clients that when receiving cheques, it would be better if they require an amount higher than AED 200,000 so that in the event of a dishonored cheque, the drawer will be bound to face imprisonment. With such possible punishment, there will be a lesser chance of the drawer not funding the cheque.

If you have received a bounced cheque and would like to know the next steps in getting your investment back, Call Us Today!