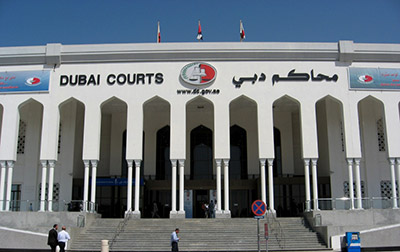 A new and innovative initiative is currently being implemented by all police stations in Dubai following approval of Penal Order Law No. 1 of 2017 by His Highness Shaikh Mohammad Bin Rashid Al Maktoum, Vice-President and Prime Minister of the UAE and Ruler of Dubai, on Tuesday 7 March 2017.

Shaikh Mohammad ordered the implementation of the ‘One Day Misdemeanour Court’ initiative in every police station starting from Wednesday 8 March 2017 in a meeting held at the head office of the Dubai Executive Council at Emirates Towers.

According to multiple sources and reports, it is expected to cut waiting time in Dubai Courts by 60 per cent, drastically speeding up delivery of verdicts and saving the government around 40 million dirhams a year in costs.

The aim is to shorten the time required in investigation and prosecution and deliver a verdict in two phases in less than 24 hours.

According to a report in Gulf News, Shaikh Mohammad stressed that the UAE is a state of institutions and law, possessing a distinguished judicial system that is based on up-to-date mechanisms and systems, and is committed to the independence of all its judicial and security bodies.

He said that this will ensure justice for individuals in a record time without impacting the integrity of law.

“The UAE possesses a judicial system that is on a par with global standards that ensures the rights of society, both individuals and organizations, and effectively contributes to achieving the desired goals of strategic plans that sustain the UAE’s competitiveness.

“We have great trust in the judicial body to render highly efficient quick services while fully preserving the sovereignty of law. This assists us in achieving our goals to make procedures faster and easier to complete for people in cases pertaining to minor crimes,” said Shaikh Mohammad.

The project of One Day Court was trialled as early as 2015 involving the Traffic Department and the Residency and Foreigners’ Affairs at Al Muraqqabat police station.

“Dubai is a vibrant and thriving business hub where time can be a valuable and incredibly important factor. The high number of cases currently in the court system does create time issues in getting into the case and obtaining judgement and moving misdemeanour cases into a swift and simple system will have a double impact. Speeding up the process for those cases dealt with in the one day court will be self-evident but will also relieve pressure from the main court system for the other types of cases allowing that process the opportunity to move more quickly as well.

Reducing the time waiting for court hearings will be a great relief for those detained pending them as it follows they will not be required to be detained for as long. This will be advantageous for not only the accused but also the detention accommodation and staff as well.”

There are currently Twenty-one types of case included in 24 hour system that will be heard in the Police Station with the prosecution and court on site.

This offers the facility for certain cases to be handled directly by the Public Prosecution, without referring them to the court through a penal order and by imposing a fine in some of the minor cases.

Types of cases to be handled
By the General Directorate of Residency:
Illegal entry into the country
Returning after deportation
Staying in the country illegally
Working after a ban
Absconding

By the Traffic Prosecution:
Involvement in an accident that injured someone
Wrecking properties
Drinking and driving
Attempting to dive under the influence
Possessing alcoholic beverages illegally
Driving a car without a license