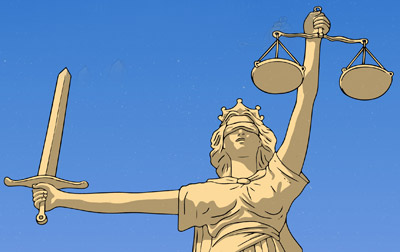 There are four basic procedures which must be followed for a person to start a law firm in Dubai,

a- Local Lawyer
To start operating in Dubai the very first thing anyone would need is to collaborate with a local lawyer having a law license which has to be valid in first instance court at least.

c- License Submission
Documents which you receive from the Ministry of Justice as part of the license which later you will have to submit to the economics department.

Things you need to know:

e- Professional Ethics
Lawyers must refrain from committing any criminal or deviant acts. There is a set of principles which have to be adhered to.

f- Charge Reasonable Amount
Whatever the case is and no matter how big the law firm is, the chargeable price for a disputed case should always be reasonable.

g- Dual Courts System
There are federal and local courts which are the dual courts in Dubai with Supreme Court based in Abu Dhabi covering different parts of the law. There are three stages to the Dubai court system, court of first instance, court of appeal and court of cassation.

h- UAE Laws Source
UAE law is mainly based on Sharia and International law. It is a civil law jurisdiction with reliance on French, Roman and Egyptian laws.

i- Rules of Law
As per rules & regulations the lawyers and advocates have to register with Ministry of Justice to practice in federal courts or other emirati courts.

j- Compliance to License & Regulations
To provide legal services outside the court lawyers & law firms need to get licensed with registration documents from Department of Legal Affairs.

The law firm based in DIFC has to obtain a commercial license from the authority and register itself with Dubai Financial Services Authority. Department of Economic Development has also major role to play as the formalities are to be fulfilled by the law firm.

For practicing law in the country lawyers need an individual office in each emirate of UAE whereas main Dubai has freedom of the Rulers court.

l- License
There was a law passed in 2011, making compulsory for lawyers to get a license (requires a law degree) to offer their services legally adhering to the strict standards set by the government.