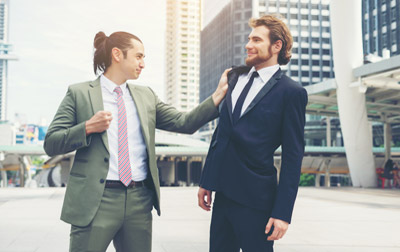 Commercial disputes between companies, companies and customers or even between partners can cause a great deal of distress. They can also , in some instances lead to loss of valuable time, lost business and even bring about the collapse of a business venture in its entirety. Generally, amicable settlement of such a dispute would be beneficial to all parties in its speed and efficiency, even when at times it feels like a compromise you may not want to make. Understanding the ‘bigger picture’ and the potential damage of a protracted dispute is often much clearer in hindsight (when it’s too late). To that end, below is the list of top tips to help resolve a dispute:

a) Gather as much evidence as you can through witness statements in the initial stages; don’t forget, the people involved may be expats and may not be around later to provide the supporting evidence required. Such evidence is useful in determining the events of a situation but may not be necessarily favored for use in court where evidence of fact carries more weight (contracts and breaches of contract terms). Such evidence though is very useful in assisting your legal counsel to effectively drafting each memorandum (the submissions made to court for a case).

b) Try to negotiate with the other party/parties and have a strategy for what you would like to achieve from the discussions. If in your communications a response is requested by email within a certain period, try and follow that to avoid adding complications to the situation that detract from the main issues. Stay on topic. You are attempting to resolve the situation rather than create new arguments or debates.

c) The dispute should be managed by one person from the company, as the central point of contact and the person responsible for taking the required actions. This helps reduce the risk of contradiction or confusion that can easily come about from the different interpretations of the same information that are often present. This also helps to keep the correct focus on what you are looking to achieve and will assist with a clear and clean hand-over to your lawyers should they need to become involved.

e) It seems an obvious point but one that is all too frequently ignored. Always read and understand every element of a document before you sign your name to it (particularly if it is not in your first language). By signing, you are agreeing to the content which may bind you personally and or the company you represent to actions and liabilities.

f) Although many legal documents in the UAE will have this phrase as a point of ‘best practice’, it does not carry the same legal authority in the UAE system. Without Prejudice is used in negotiations in other countries to ensure concessions made or information shared during negotiation cannot be used against you if a case goes to court as specific evidence. It can be used against you in the UAE regardless of whether the term was used.

g) UAE law favors documentary proof over and above oral (spoken) statements. There is no dramatic court room cross examination as seen in the movies, cases in the UAE are largely fought to a written strategy where the power, structure and content of the legal argument in writing will have the biggest influence on the outcome.

h) When terminating a contract, seek professional legal advice. There are often elements that can remain open for interpretation or action should this not be done in a way that actually closes the contract obligations between the parties. Obvious examples would include specified warranty periods or retention payments that may exist after the contact termination.

i) If you are going to need the support of good lawyers, get them involved as early as possible. Experience in dealing with these matters can avoid costly delays and the possibility of saying or writing the wrong thing that can alter the course of the negotiation and impact the liability to which a party is held. Delaying can also cost you more as there may be significant extra work to repair the damage done before bringing in the experts.